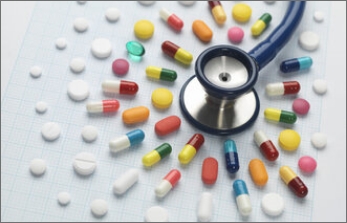 The presence of impsurities in pharmaceutical medicines can have serious repercussions especially when they are widely used by the public. As such when the issue of nitrosamine impurities in medicines such as sartan first came to the fore, it resulted in a series of chain reactions by different regulating bodies.

The European medicines network, immediately after becoming aware of nitrosamine presence in certain drugs in mid-2018, resorted to regulatory actions. The FDA in the US too followed suit. Some medicines were recalled while measures were enacted to prohibit the use of some APIs.

However, the important question is that is this discovery of a new threat in the shape of nitrosamines a new beginning or a repeat of history?

How serious is the threat

Public health has always been vehemently protected by bodies such as the FDA and the EMA. The chemical impurities in pharmaceuticals have always been a source of concern. So when this issue first arose in mid-2018, measures were introduced and implemented immediately to quell the growing uncertainty about public health. This matter also needed to be addressed urgently so as not to undermine public confidence in medicines that had been trusted for a long time.

The strict regulation of the impurities in medicines is not a new step as it has always been recognized that they can pose a serious threat to public health. This is why the impact made by the discovery of nitrosamine in medicines can still be felt after almost three years of the discovery.

However, the global medicine supply chain works in a complex manner. Despite this fact, regulating bodies are swiftly moving to ensure that the manufacturers are more diligent than ever to address the issue of nitrosamine so that patient safety can be ensured.

So far, the threat has been taken seriously and is also being addressed. However, the root cause of the issue and why it arose needs to be addressed in detail.

Did the discovery of nitrosamine impurities unleash a massive public health crisis?

This matter came to the limelight and attracted attention when the discovery of unacceptable levels of this impurity in some batches of valsartan was made. This drug is used to treat hypertension and the number of people who depend on this drug is fairly large.

To highlight the importance of this drug, the reader needs to be informed that the WHO has placed this drug on its list of essential medicines. Statistics show that in 2018, an estimated 7.7 million prescriptions of these medicines were given in the US.

The discovery of nitrosamine impurity came as a shock to many who were using this drug to treat high blood pressure. The FDA was quick to work with manufacturers to recall affected batches of valsartan. The public was alerted to the new findings.

However, it was not just the valsartan drug that was affected. The Discovery of unacceptable levels of this impurity was made in other medicines too. Prime examples include losartan and irbesartan. This led to additional recalls.

The good news was that though some drugs in the ARB family contained unacceptable levels of nitrosamine, others did not. This meant that health care providers had the option to prescribe alternate medicines not affected by nitrosamine impurities to their patients for the same condition.

How effective are the steps to curb nitrosamine impurities in medicines

All essential bodies related to medicines have been implementing a series of measures to address this threat since 2018. The WHO has been active in this regard while the EMA moved to issue public health alerts to alert the patients of the repercussions. The FDA in the US has also adopted numerous measures.

All these bodies also issued guidance documents for manufacturers involved in the manufacture of active pharmaceutical ingredients and drug products. These relate to keeping the levels of nitrosamine impurities in medicines below acceptable levels.

An effective strategy has been endorsed and enforced which would help manufacturers address the problem by identifying all those phases in their manufacturing process that may lead to impurities’ buildup. Identifying the growth points is essential as it will assist in detecting and measuring these impurities and also eventually allow a path to be devised in controlling these impurities.

All these regulating bodies and manufacturers are now on the track to ensuring that the levels of these impurities do not exceed the acceptable limits. To achieve the goal, the relevant tools to test the nitrosamine impurities and undertake risk assessment are essential.

For further information you may contact Life Sciences Consulting in New Jersey.

Impurities such as nitrosamine above the acceptable levels need to be detected and suitable steps devised to control them. Since these impurities are formed during the manufacturing phase in drug ingredients or finished products, it may lead to a delay in product approval. It may also lead to product recalls.

This scenario has the potential to become a challenge in the future as it may disrupt business operations amidst strong regulatory investigations. Since the crisis unleashed by the discovery of nitrosamine impurities prompted regulators to enhance the scrutiny of the manufacturing operations, all positive measures enacted need to be implemented effectively.

Addressing these two important questions will help in preventing a public health crisis from exploding:

As one of the fastest growing Life Sciences Consulting in New Jersey, LST consulting USA helps its clients build public trust when it comes to the use of medicines. We have helped our clients conform to public quality standards through our rigorous approach to ensuring the strength and performance of medicines.

We have successfully responded to the nitrosamine impurities crisis with steps devised to detect and measure the presence of these impurities. We are always ready to help manufacturers adopt the right steps in preventing the presence of nitrosamine above acceptable levels and thus secure patient health. We believe in greater diligence and transparency in the manufacturing phase to comply with the regulations of all regulating bodies related to the US.